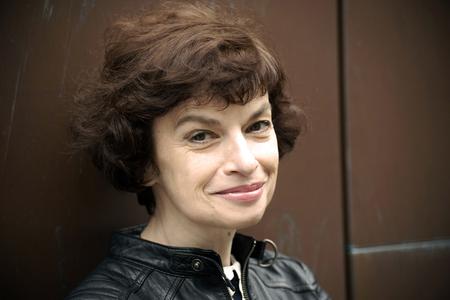 From the artist's text in the monograph "Maja Spasova, Drawings"

Maja Spasova´s work can be described in many ways. One being different systems or parameters meeting temporarily to create new spaces. Sound is always important. Sight and sound. Sounds to things and vice versa. The room created is being measured and tried by sound, which in itself is another sphere with its own possibilities. Maja Spasova has always used it in her own way to create both nearness and fruitful disorder. In her videos, performances, installations sound is always present creating a new space to be examined, bringing the things to sounds, where borders or limits outside our own body and mind are of no importance.

​In stark contrast to both minimalism and purely conceptual art, Spasova recreates the religious space which has long been absent from art. This does not, however, appear as a “message”, nor as a cosmetic theme added on afterwards but is the result of an attitude to life. Spasova demonstrates life’s fundamental values, not for consideration but to be dealt with physically, by moving our bodies through the room which has been deprived of all prefabricated functionality. Since the possibility of relying on accepted concepts has been eliminated, the only way out is to enter wholly into the experience of the contradictions inherent in the elements and the situation, in the tension out of which the experience of the sublime or divine grows.

The issue of the conception of truth suffices Maja Spasova’s art. This theme is found in virtually all her work and is as much directed towards herself as the world around us. The real core of art, she seems to be saying, is to bring up truths and work against hidden and insidious messages. Since the closest neighbor of truth is skepticism, a struggle between the truth of the message and this skepticism is discernible throughout her oeuvre. The outcome is not a given. The artist’s search for truth should be grasped as testing the balance—where are we to place the border between positive powers and skepticism’s healthy introspection?

​Niclas Ostlind, curator, writer, professor at the University of Gothenburg:

In a world of art in which irony and other distancing approaches are often used as protection against close contact and commitment, content that is unguarded and seriously meant is often looked upon with a degree of indulgence. And so one can readily imagine that the elevated mood that is characteristic of Maja Spasova's art makes some of the beholders rather uncomfortable. Her preoccupation with the great subjects of love, time, death and the beyond as well as the issues of guilt and reconciliation in a deeper sense, are clearly provocative (which reactions to many of her works clearly demonstrates).

​Maja Spasova’s oeuvre is simultaneously playfully abstract and transparent. She has literally worked underground with Stockholm’s ”Räddningscentral” as well as up in the air in ”The last prophecy/judgment”. She has introduced a working method in the Swedish milieu akin to Dada, Fluxus, and happenings reminiscent of the 1960s’ open art. She seeks the truth and is a researcher as well as an activist in the tradition of the early 20th century, modernistic and rebellious.